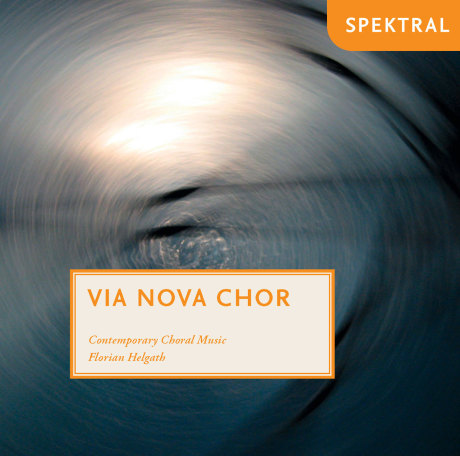 The via-nova-chor of Munich under the direction of Florian Helgath offers an exciting and multi-faceted view of choral music from our time. The ensemble lives up to their illustrious name with this extraordinary selection of works.

via-nova-chor Munich The via-nova-chor Munich was founded in 1972 by Kurt Suttner, who put his indelible stamp on the choir for the next 35 years. He was succeeded by Florian Helgath, who was appointed as the new artistic director in 2008. The choir consists of about 45 male and female singers, and includes both amateurs and professionals. They focus especially on contemporary choral music, but without neglecting the traditional literature. The via-nova-chor has been responsible for more than 40 first performances. This is a very impressive total and has given many Munich composers past and present â€“ including GÃ¼nter Bialas, Karl Amadeus Hartmann, Peter Michael Hamel, Moritz Eggert, Peter Wittrich, Robert M. Helmschrott, Max BeckschÃ¤fer, and Wilfried Hiller â€“ the chance to have their works performed. In the last few years, the choir has undertaken various concert tours which have led them to Taipei, Taiwan (the Taipei International Choral Festival 2000), Jeonju, South Korea (a 90th birthday concert for Knut Nystedt in 2005), and Cuneo, Italy (the 2006 Festival Incontri Corali). In 2012 the choir will make a guest apÂ­pearance (their first since 2002) at the Musica Sacra International in Marktoberdorf. The via-nova-chor Munich has won first prize at international choral competitions in The Hague (1977), Cork (1985/87), Budapest (1991) and Tolosa (2009). Within Germany, they have won top honours at the Bavarian Choral Competition (2009) and the German Choral Competition in Dortmund (2010), as well as the special prize for contemporary choral music at the German Choral Competition in Fulda (1994) and Dortmund (2010). In early 2011, the via-nova-chor was a finalist at the International Grand Prix for Choral Singing, held in Maribor, Slovenia. The choir has worked with Eric Ericson, who has been especially valuable in giving them additional insight into the interpretation of contemporary choral music. Other guest conductors who have had memorable associations with the via-nova-chor in the past few years have included Gary Garden (2004), Manfred Schreier (2006), Peter Dijkstra (2009) and Max Frey (2010). On occasion, the choir has also worked with notable orchestras like the Munich Chamber Orchestra. The via-nova-chor has many radio broadcasts and has numerous CDs to their credit. A recent recording for Â­Thorofon is devoted to choral works by Harald Â­Genzmer. Another, for the label Carus, consists of works by various composers including van Buren, Schanderl, Nystedt, Hamel and Hiller.

Florian Helgath gained his first musical experience as a chorister in the Regensburg Cathedral Boyâ€˜s Choir. He went on to study at the Hochschule fÃ¼r Musik und Theater in Munich where he obtained a degree in Music Education (secondary level). He then studied choral conducting with Michael GlÃ¤ser, earning a diploma of the Meisterklasse (Master Class Degree). Helgath has also worked with Stefan Parkman, Dan-Olof Stenlund, Stephen Cleobury and Simon Halsey. International success followed, with prizes at conducting competitions including the Eric Ericson Award (2006) in Sweden as well as the Competition for Young Choral Conductors (2007) in Budapest. He is the artistic director of the noted, award winning via-nova-chor Munich, with whom he focuses mainly on contemporary music and gives many premiere performances. In 2010, Helgath became artistic director of the Danish Radio Choir and also of the ChorWerk Ruhr in 2011. He is a regular guest conductor of the Bavarian Radio Choir, the RIAS Chamber Choir and the Vokalensemble of SWR (Southwest Radio). He also works with various orchestras including the Danish Chamber Orchestra, the Munich Symphony and Georgian Chamber Orchestra of Ingolstadt.

Ich bin mit Gott vergnügt (I am joyful in God) 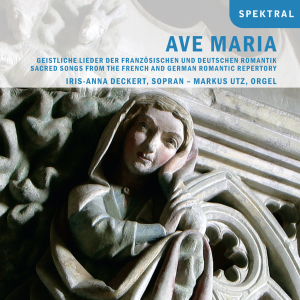