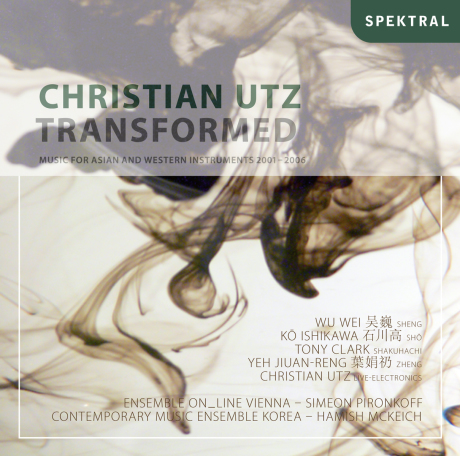 »GRENZENLOS« is a German word meaning ‘Borderless’ or ‘Limitless’. It is not only the name of a new CD series by SPEKTRAL but also an organization (founded in 2006) consisting of an ensemble of  soloists and a collective of composers and researchers. Each member of this organization believes in the potential of new music  to facilitate intercultural dia­logue.
I am extremely proud to present this portrait CD of Christian Utz’s music. For many years Utz has initiated collaborations between East Asian and European musicians and composers, and is also a leading researcher in the field of intercultural composition.
I challenge you to discover how Asian and European idioms connect and intertwine, attract and repel … in an intriguing artistic dialogue.
William Lane, Artistic Director »GRENZENLOS«

the wasteland of minds (2003/2004)
for zheng, sheng/xun, clarinet, accordion, violin, violoncello and live-electronics

This CD combines four works for ensemble in which Asian and Western instruments are combined in continuously varying forms and situations. Out of the four pieces, three also add live electronics as both a “third” world and as another facet in a broad palette of musical meanings. The four works can be seen as experimental situations that explore links, coincidences, incongruities, and conflicts between Asian and European modes of listening, thinking and writing, between verbal texts and musical texts, between abstract structural models and reality, be it political, social, or psychological. They encompass concepts of composed-out “alterity” – musical processes which are rigorously separated from one another. However, the music never really “succeeds” in keeping the layers “pure” and separate from one another. Rather, processes of convergence or dissolution remind the listener that these layers repeatedly refer to one another and have a common “destiny”. There is no harmonizing reconciliation of music’s different realms and dimensions, and neither is there an insistence on negativity as the only “solution”. Not the least, these compositions are indebted to the singular performance skills of the Asian and European musicians who have approached this musical world in a very sensitive and flexible manner and have enriched and permeated it with their own musical language. (Christian Utz)

Christian Utz, composer and musicologist, was born in Munich. Since 2004 he has been professor of music theory and analysis at the University of Music and Dramatic Arts in Graz; in 2007/2008 he was invited to be the guest professor for composition and musicology at the National Chiao-Tung University in Xinzhu, Taiwan, and at the University of Tokyo, Japan. From 1990 to 2000 Utz studied composition, piano, music theory and musicology in Vienna and Karlsruhe. In 2000, he received his PhD from the Institue for Musicology at the Vienna University with a thesis entitled “New Music and Interculturality. From John Cage to Tan Dun”, published in 2002 by Franz Steiner Verlag, Stuttgart as volume 51 in their series Beihefte zum Archiv für Musikwissenschaft.
Utz was artistically influenced by Erich Urbanner, Dieter Kaufmann, Wolfgang Rihm, Mauricio Kagel, Luca Francesconi, Brian Ferneyhough, Salvatore Sciarrino and Helmut Lachenmann. He has been invited to the most important European seminars for new music (Session du composition Royaumont/F 1998, Stage d‘informatique musicale IRCAM/Paris 1999, 14th International Composition Seminar in Boswil/CH 2001, Composition Seminar of the Ictus Ensemble Brussels 2002), and has received numerous grants and awards.
Since the early phases of his artistic development, Utz has been involved in freeing compositional concepts from conventional boundaries by exploring concepts spanning the fields of music and theatre, composition and improvisation, and instrumental and electronic music. Since 1998 intercultural collaborations and concepts have been the focus of Utz’ compositional activities, which are documented on CDs entitled Site (Composers’ Art Label, 2002) and transformed (SPEKTRAL, 2008).
In 1998, Utz founded the AsianCultureLink to enhance the intercultural exchange between European and Asian artists. His musicological research focuses on the analysis and theory of music from the 18th to 21st Centuries, the relationship between traditional and new music in non-western cultures, and the intercultural history of composition.
www.christianutz.net 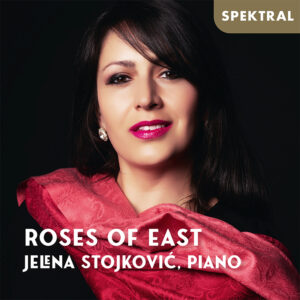