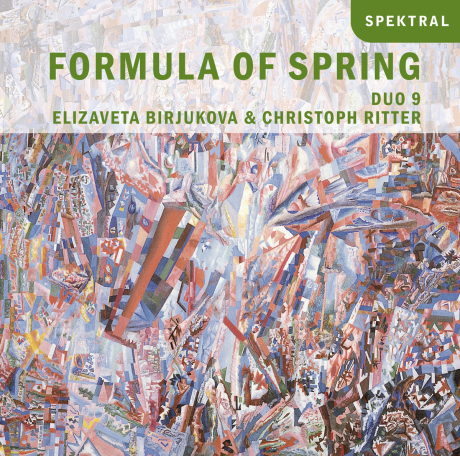 Creating the »Formula of Spring«, Elizaveta Birjukova and Christoph Ritter craft a poetic collage from works for flute and piano, thus uniting that to which we are seemingly accustomed with an unexpected freshness: an inspiring hymn of praise to the indissoluble link between music and life.

Elizaveta Birjukova grew up in a family of actors and musicians in Central Russia. She already had an impressive background — Sergei-Rachmaninoff-grant, participation in regional and international competitions, as well as awards — when she came to Germany as a sixteen-year-old. During her studies at the University of Music and Theatre in Leipzig she continued to deepen her stylistic understanding of Baroque music and began to discover the New World of 20th century classical music. That is not all, though. Her studies of the different styles of these kinds of music and the approach to their basic principles were accompanied by the acquisition of practical skills: she profoundly learned how to play the entire instrumental corpus of the flute family — ranging from the ba­roque and the classical transverse flute to the Alto flute and Bass flute. During advanced studies in Weimar, Elizaveta Birjukova received fresh impulses for her soloist activities in concerts and with ensembles, which she had already begun intuitively at Leipzig. Highlight: her graduate recital, critically acclaimed by the press, of Krzysztof Penderecki’s Flute concerto in Jena (Germany) and in Mariánské Lázně (Czech Republic). Elizaveta Birjukova’s interpretation beyond the normal scope of the possibilities and limitations of flute performance has been shaped by travels to Baroque festivals in France, by soloists appearances at the Darmstädter Ferienkurse für Neue Musik (for which she received an award), by performing the concerto by Carl Reinecke at the international festival “Young Stars of the 21st Century” in Samara/Russia, by participating as chamber musician at festivals in Mecklenburg-Vorpommern, Salzburg, Bonn, ­Weimar, Darmstadt, Prague, as well as by cofounding of and playing at, the ensembles for 20th century classical music marges and klangwerkstatt weimar, and by teaching at master classes and workshops.
Without doubt, the master classes Birjukova took with Aurele Nicolet, Wally Hase, Carin Levine, Jacques Zoon, Renate Greiss-Armin, Barthold Kuijken, Mario Caroli, Eckardt Haupt as well as her work with well-known and young composers such as Christhobal Halffter, Brian Ferneyhough, Klaus Huber, Younghi Pagh-Pan, Gwynn Pritchard, Gabriel Iranyi, Misato Mochizuki, Claus-Steffen Mahnkopf, Rei Munakata were quite “nourishing” when she embarked on her own path. Birjukova’s pronounced exploratory urge is noticeable in each of her ventures. It is tightly knit together with her instrumental world. The world of visual arts and of singing, of books and cinema, Jean Paul and Jane Austen to Chlebnikov, Charms and Filonov: the world of Antonioni and Tarkovski to Tarantino, Callas and so on. The recognizable, audacious guile of Birjukova’s style of performance is unthinkable without these influences. Even the work on her doctoral thesis is influenced by it.
If it were possible to choose a means of transport for her artistic growth, Birjukova probably would prefer the flying carpet and all it stands for: proximity to nature, readiness to assume risk, the infinity and depth of space; and of course the possibility to jump off without having to brake in order to intuitively follow the signposts of interests along the eternally young paths of art.

Born and raised in Thuringia, the silhouette of this landscape with its hills and forests laid out Christoph Ritter’s path of life and work in advance, so to speak. He inherited from nature the gift of contemplation and deeper understanding of the process in question, traits which are rare among artists nowadays. These qualities organically integrate every aspect of Ritter’s work as harmonizing and predetermining influences, be it performance practice, or pedagogy, as well as organisation of festivals. Already his turn towards song interpretation during Ritter’s piano studies at the Weimar Liszt School of Music revealed his growing special interest in the reciprocal influences of the arts. He was confirmed and moulded by Norman Shetler, who gave him considerable impulses for his playing the piano.
No matter when a particular piece of music was composed, Ritter is convinced that it must always be considered as contemporary. His own concert is dialogue, conversation, and play with uncertain outcome, giving room to intuition and the unexpected.
It was only a matter of time until he discovered the world of contemporary compositions with its extended playing techniques and fascinating possibilities of sound production. This led to the founding of the ensemble for 20th century classical music klangwerkstatt weimar. For many years now he has been closely attached to this ensemble through the conception and realisation of his own, unique concert series as well as recordings for radio and CDs.
A chair at the Liszt School of Music Weimar and, because of that, international master classes in song interpretation for singers and pianists at renowned conservatoires such as the ones in Princeton, Taipei, Biel, Birmingham, Oslo, Istanbul, and Dublin permit Ritter to fully realise his artistic basic concepts and principles. One of his basic principles when giving lessons: the development of individuality by identity of sound. Christoph Ritter teaches his numerous students a concentrated growing of/listening to their inner selves. The development of sound techniques is only one issue.
For his own, and his students’ use he created a personal library, which is unique in many respects. It consists of international philosophy, prose, lyric poetry, volumes about the visual arts and sheet music. In Ritter’s eyes, the performance at concerts and pedagogy are two naturally connected laboratories and test arrangements. Beyond any doubt, each of these activities is an act of art.
Even a dry and short enumeration of Ritter’s artistic activities would be worthy and extensive enough for a musician who only gave concerts and was not involved in pedagogy. How does Ritter manage to calmly, tranquilly, merge the performing musician and the pedagogue within himself? It is this: his immersion into the timeless, but ever sought sounding SELF. 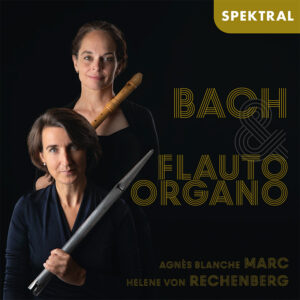