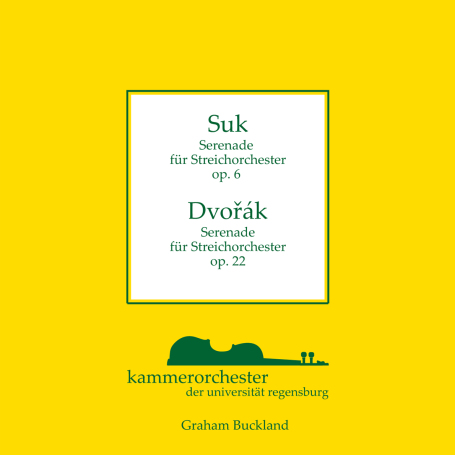 The promising debut CD of an orchestra – founded just a few years ago -, that established itself at the moment beyond the borders of Regensburg, becoming an essential part of southern Germanys professional chamber orchestras.

studied in Cambridge, London, Brno and Prague. He was staff conductor in Prague, Nuremberg, Hanover and Oldenburg and became principal conductor in Hildesheim and at the National Theatre Brno. He has conducted in many European countries and in the USA and has enjoyed regular commitments with the Prague Symphony and the Siegerland Orchestra, as well as with the opera houses of Prague and Hanover. In 1995 he was appointed music director of the Regensburg University Orchestra, which has since given concerts in Munich, St. Florian, Brussels, Amsterdam, Prague, Bratislava and Budapest. Buckland is also active as a composer and editor. “Christmas a cappella” and “Halleluja” are published by Bärenreiter and the piano duet version of “Twenty Tiny Fingers” by Bosse.

Chamber orchestra of the University of Regensburg (KUR)

“The University of Regensburg began its first lectures in the autumn of 1967. Already in the summer of 1968 we find the first concert of the University Orchestra which has since been making regular public appearances. The orchestra now has over 100 members and in 2004 it separated into a Symphony Orchestra and a Chamber Orchestra. The first consists almost entirely of students but the second combines advanced students with professional musicians in order to achieve as high a standard as possible. This is the first CD recording of the Chamber Orchestra. I hope that it will appeal to the hearts of music lovers and that they will want to come to concerts to hear the orchestra live.”
Prof. Dr. Alf Zimmer, Rector of the University of Regensburg 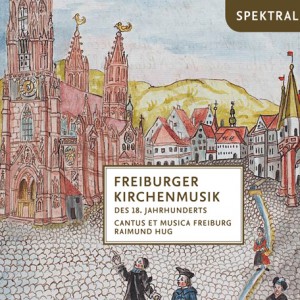