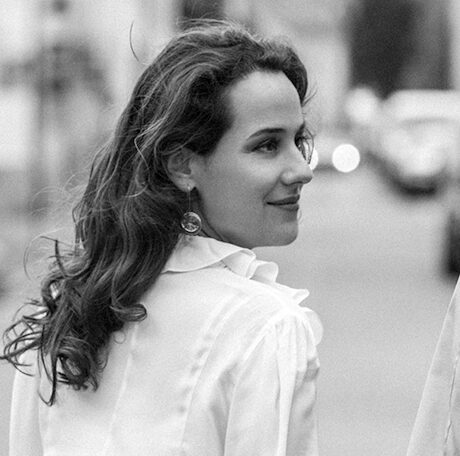 The German mezzo-soprano Marie Seidler completed her “Konzertexamen” in Frankfurt am Main with Prof. Hedwig Fassbender. Before she graduated at the Royal Academy of Music in London with distinction. 2018 the German “Opernwelt” nominated her as young artist of the year. From 2016 – 19 she was part of the ensemble at Stadt-theater Gießen. Her roles include Flora (G. Verdi’s La Traviata), Annio (Mozart’s La Clemenza di Tito), Olga (P.I. Tchaikovsky’s Eugen Onegin), Dorabella (Mozart’s Così fan tutte), Cherubino (Mozart’s Le Nozze di Figaro), Bostana (P. Cornelius’ Der Barbier von Bagdad) et al. Oberon by C.M. v. Weber and the operetta Herbstmanöver by E. Kálmán were recorded by the German label “Oehms Classic”.
Guest engagements have taken her to several opera houses, such as Staats-theater Mainz, Opera Frankfurt am Main, as well as Opera Aachen. 2019/20 she returned to Staatstheater Mainz as Fjodor in Mussorgskis opera Boris Godunow. 2019 she sang the title role in Händel’s Ottone at the Early Music Festival in Innsbruck. 2020/21 she gave her debut as “Sesto” in W.A. Mozart’s La Clemenza di Tito at Pfalztheater Kaiserslautern.
Marie Seidler is a prize winner of the international Hugo Wolf competition in Stuttgart and recipient of the Trude-Eipperle-Rieger prize. She also holds a scholarship of the Richard-Wagner-Stiftung. In 2013 she was selected as a young artist at the Britten-Pears-Festival in Aldeburgh.
She established herself as a welcome guest on the concert podium, including performances at King’s place, at the Händel Festival in London under the guidance of Laurence Cummings, at the Schleswig-Holstein festival, at the Boulez Saal et al. She sang extracts of G. Mahler’s Knaben Wunderhorn Lieder in Nancy (France) with the Orchestre Lyrique and was invited to the Eppaner song festival under the patronage of Brigitte Fassbaender as well as to the Schubertìada in Barcelona and Vilabertran together with Wolfram Rieger. 2020 she gave her debut at the “Schubertiade” festival in Hohenems.
www.marie-seidler.de