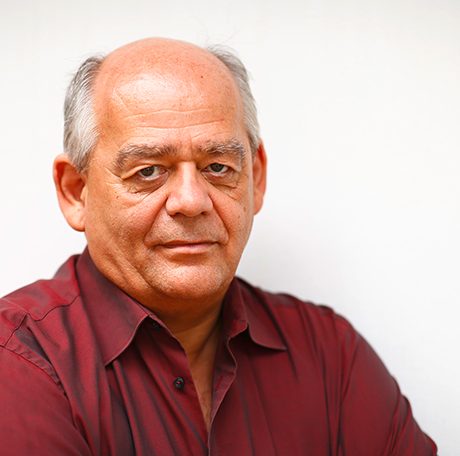 Christoph Hammer, born in 1966, is one of the most distinguished and versatile musicians in the field of early music today. After winning a first prize in the organ division of the German Young Performers Competition “Jugend musiziert” in 1983, he studied organ at the Munich Academy of Music, taking master classes with various renowned specialists in historical keyboard instruments. At the same time he studied literature and musicology at the University of Munich and at the University of California, Los Angeles on a scholarship from the Maximilianeum Foundation Munich and the German National Academic Foundation.
Since 1989, Hammer has focused on playing historical keyboard instruments, especially the fortepiano. He has achieved an international reputation as a soloist and Lied accompanist, as well as a chamber musician. A great number of CD recordings — many of them as world premiere recordings
From 1996 to 2009 Christoph Hammer has been the musical director of the baroque orchestra “Neue Hofkapelle München”, with which he has made various world premiere recordings, and in 2003 he founded the Residenz Festival Munich. As a conductor he has also worked with orchestras such as the Baden State Orchestra, the Bremen Philharmonic and the Bruckner Orchestra Linz. In 2002 he was awarded the Cultural Prize of the State of Bavaria for his numerous activities in the field of early music, and he received an Award of Recognition from the Bavarian People’s Foundation in 2004. In addition to his performance activities, Hammer is especially dedicated to the rediscovery of lesser known composers, and researches and edits their works. He has given master classes at the Prague Conservatory, Yale University, the Julliard School, Tchaikovsky Conservatory in Moscow and others. Christoph Hammer was appointed professor of historical keyboard instruments at the University of North Texas USA in the summer of 2009. Since summer 2013 he is professor at the Leopold Mozart Center of the Augsburg University. Mr Hammer is president of the Deutsche Mozart Geselschaft and serves as board member and advisor for the Bechstein collection of historic keyboard instruments.