The career of the rising Speyer-born mezzo-soprano Anke Vondung began during her time at the University of Music in Mannheim, where she studied with Rudolf Piernay. She has won many international competitions, including the Hans Gabor Belvedere Competition in Vienna and the ARD Competition in Munich, which in turn have led to many performance opportunities. Noted for her versatility, expressiveness, and artistic breadth, Vondung is at home in both the opera house and the concert hall, enthralling the public with her emotional force and technical acumen. She has released many CDs covering a broad repertoire, and is especially fascinated by the lied repertoire (including orchestral lieder), the quartet literature, and chamber music. Her regular accompanist and collaborator is the Austrian pianist Christoph Berner, with whom she has pursued a fruitful working relationship for many years.Vondung’s career began at the Tirol Landestheater in Innsbruck under the guidance of Brigitte Fassbaender, who gave her the opportunity to learn and perform many of the important roles including Oktavian in Der Rosenkavalier, the part of Hänsel in Hänsel und Gretel, Sesto in La clemenza di Tito, and many more. She then moved on to the Semperoper in Dresden, where she still appears regularly to this day. In addition, she has appeared in many of the great international opera houses and concert stages including the Metropolitan Opera in New York, Carnegie Hall, the San Diego Opera, the Bavarian State Opera in Munich, the Théatre Chatelet and Opéra Bastille in Paris, the Netherlands Opera in Amsterdam, the Concertgebouw, the Theater an der Wien, the Grand Théatre in Geneva, Wigmore Hall in London, and the festivals in Salzburg, Bregenz, Herrenchiemsee, Glyndebourne, and Munich. In addition, she has given many concerts in Europe, the United States, and Asia with well-known orchestras and conductors. Along with her performing activities, Vondung also gives masterclasses internationally as well.

The Munich-born tenor Werner Güra is a graduate of the Mozarteum in Salzburg. He began his vocal studies with Kurt Widmer in Basel, Margreet Honig in Amsterdam, and Wessela Zlateva in Vienna. Following guest appearances in Frankfurt and Basel, he became a member of the ensemble at the Semperoer in Dresden, where he was heard in important Mozart and Rossini roles. He has sung under Daniel Barenboim at the Berlin Staatsoper, in productions of The Magic Flute (at the Paris National Opera and La Monnaie in Brussels), sang the role of Ferrando (Così fan tutte) at the Teatro Carlo Felice in Genua and the Innsbruck Early Music Festival, and Don Ottavio under René Jacobs at the Baden-Baden Festival. He has given concerts and oratorio performances in important venues across Europe, working with the Berlin Philharmonic, the Staatskapelle Dresden, the Gewandhaus Orchestra in WOLF: ITALIENISCHES LIEDERBUCH | 17 Leipzig, the Vienna Symphony, the London Philharmonic, the Royal Concertgebouw Orchestra, the BBC Symphony, and various German and Dutch radio orchestras. Conductors include Claudio Abbado, Riccardo Chailly, Michel Corboz, Sir Colin Davis, Bernard Haitink, Daniel Harding, Thomas Hengelbrock, René Jacobs, Ton Koopman, Kurt Masur, Yannick Nézet-Séguin, Trevor Pinnock, George Pretre, and Peter Schreier. He has also had the good fortune of working regularly with Nikolaus Harnoncourt. Werner Güra is known above all as an internationally recognized interpreter of lieder and can be heard regularly at Wigmore Hall, the Concertgebouw, the Philharmonie in Cologne, the Lucerne Festival, Lincoln Centre in New York, and Schubertiads in Schwarzenberg and Barcelona. He began recording for Harmonia Mundi in 2000, releasing Schubert’s Die schöne Müllerin, Schumann’s Dichterliebe and Liederkreis, Op 39, and Hugo Wolf’s Mörike Lieder with Jan Schultsz. Many recordings with pianist Christoph Berner have been well received by both the pubic and among critics. Among them are Schöne Wiege meiner Leiden, Schubert’s Schwanengesang, lieder by Mozart, Schubert’s Winterreise, Willkommen und Abschied, Scottish Airs by Haydn, lieder and bagatelles by Beethoven, the Liebeslieder Waltzes by Brahms, and Schumann’s Spanische Liebeslieder. Werner Güra is the recipient of various recording industry awards including the Diapason d’or, the BBC Music Magazine Award and the ECHOKlassik- Preis. He has also been teaching voice at the Zurich University of Music since 2009.

Christoph Berner
Christoph Berner was born in Vienna, and studied at the University of Music there with Imola Joo, Hans Graf, and Hans Petermandl, graduating with distinction. He then went to the Muisca di Fiesole in Italy where he worked with Maria Tipo for two years. Berner established his position as one of Austria’s finest pianists following his victory at the 1995 Bösendorfer Competition. Other important wins included the second prize at the 1997 Beethoven Competition in Vienna, and the Schumann and Mozart prizes at the 2003 Géza Anda Concours in Zurich. Critics especially value his vast stylistic and musical range. Berner has also engaged in intensive study of historical pianos, leading him to a wide range of new repertoire and unusual programming choices. He has performed as soloist with orchestras such as the Moscow Tchaikovsky Orchestra, the Orchestre National du Capitore de Toulouse, the Dresden Philharmonic, the Bergen Philharmonic, the New Philharmonic of Westfalia, and the Mahler Chamber Orchestra, under conductors such as Neeme Järvi, Michel Plasson, Rafael Frühbeck de Burgos, Andrew Litton, Johannes Wildner, and Vladimir Fedoseyev. Regular chamber music partners include violinists Leila Schayegh and Julia Schröder, cellists Marko Ylönen and Roel Dieltins, clarinetist Laura Ruiz Ferreres, and the Alban Berg Ensemble Wien. Berner has also worked for many years with tenor Werner Güra, and the duo has performed at the Wigmore Hall in London, the Mosikverein in Vienna, in the Cite de la musique in Paris, as well as at festivals including the Schwarzenberg Schubertiade, the Rheingau Music Festival, The Edinburgh Festival, and the Kissinger Sommer Festival. His recordings have also won various prizes such as the BBC Music Awards for Schubert’s Winterreise, and, a few years later, the Diapason d’or. Another regular collaborator is the mezzo-soprano Anke Vondung. Other singers with whom Berner has performed include Marlis Petersen, Bernarda Fink, Genia Kühmeier, Markus Werba, Barkus Eiche, and Florian Boesch. Christoph Berner has been a Professor of Art Song and Chamber Music at the Zurich University of Music since 2014. 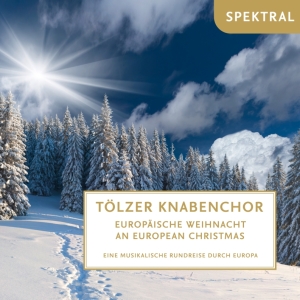 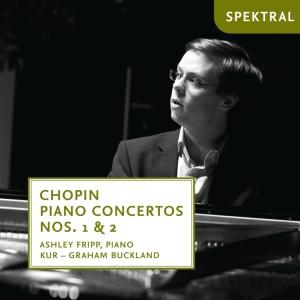 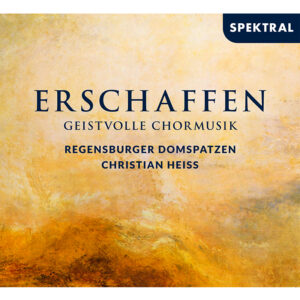