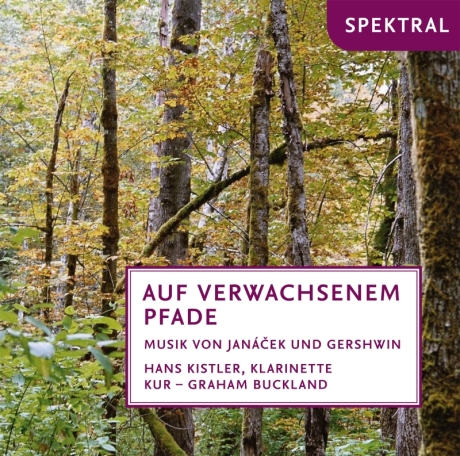 “On an Overgrown Path” represents an unusual but highly attractive meeting of two composers whose differences, at first glance, may seem greater than they really are. Originally written for piano, all of the pieces have been arranged by Graham Buckland and are recorded here by clarinettist Hans Kistler and the University of Regensburg chamber orchestra.

Hans Kistler was born in Bad Kötzting and studied at the Universities of Regensburg and Edinburgh (Scottland). His formative teachers were Peter Gärtner (Regensburg  Philharmonic Orchestra) and Josef Pacewicz(Royal Scottish National Orchestra, Glasgow). He is currently a member of the University of Regensburg Chamber Orchestra. In 2008, he appeared as soloist with them in the Konzerthaus in Berlin (2008) playing Leoš Janáček’s piano suite “On an Overgrown Path” in this arrangement for clarinet and string orchestra by Graham Buckland. His chamber partners include Gerold Huber (Munich) and Renaud Arbion (Tours, France). Since 2006 he has been a teacher of English and History at the Ortenburg Gymnasium in Oberviechtach.

Regensburg University Chamber Orchestra(KUR), founded in 2004, consists of advanced students and professional musiciansfrom Bavaria and the Czech Republic. The leaders (concertmasters) are SándorGalgóczi of the Philharmonic Orchestra Regensburg and David Peterhoff from the university. The orchestra aims to perform at a professional niveau, combining youthful enthusiasm with a high technical standard. The concert in Berlin’s Konzerthaus am Gendarmenmarkt was praised for its “incredible precision”. Since then there have also been guest appearances in Prague and Pécs. In 2006 the University Chamber orchestra published its first CD on SPEKTRAL with the string serenades of Suk and Dvořák (SRL4-06001).

Graham Buckland studied in Cambridge, London, Brno and Prague before becoming a repetiteur and musical assistant at the National Theatre in Prague in 1975. He spent a further 20 years as opera conductor in Ústí-nad-Labem, Nuremberg, Hanover and Oldenburg, becoming principal conductor in Hildesheim and Brno. He has appeared as guest conductor in several European countries and in the USA and was a regular guest with the Prague Symphony and Siegerland Orchestras as well as in the State Operas of Prague and Hanover. He is still a guest conductor in his former theatre in Hildesheim. In 1995 Buckland took over Regensburg University Orchestra, where he enlarged the repertoire and the concert activity quite considerably. Guest appearances followed in neighbouring cities as well as abroad. In 2004 he founded the University Chamber Orchestra, which made its first recording of the String Serenades of Suk and Dvořák in 2006. In 2003 he was nominated University Music Director and in 2006 he was awarded the cultural prize Pro Arte of the university’s cultural foundation. Buckland is also a composer and arranger. Two masses have been performed in Kallmünz and Regensburg; the chamber opera Prometheus was performed in Český Krumlov and Regensburg, Graham’s Anatomy in Kallmünz, Contrariety in Regensburg and excerpts from Don Gil in Hildesheim. Christmas a cappella, Christmas for Female Voices, Spirituals a cappella and Halleluja have been published by Bärenreiter, songs and piano music for children by Bosse. 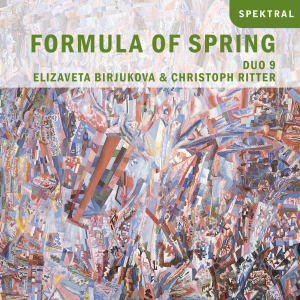