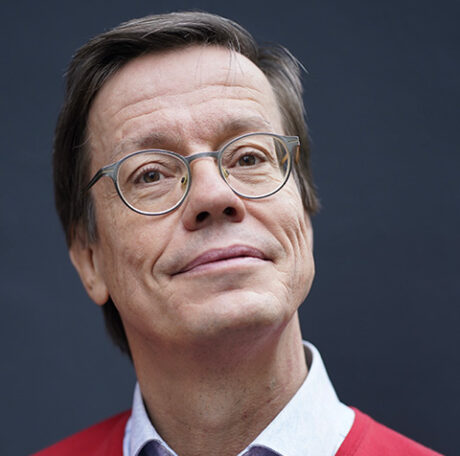 Matthias Krampe is a very versatile musician. He studied organ and cembalo under Michael Radulescu and Gordon Murray. While still studying sacred music, he pursued his interest in piano chamber music and Lied accompaniment and was a student of Rainer Hofmann and Charles Spencer. He was a scholar of the German Academic Scholarship Foundation and is recipient (amongst others) of the Paul Hofhaimer prize for Early Music (Innsbruck). In 1997, he was awarded the Würdigungspreis (recognition award) of the Austrian Ministry of the Arts. Since 1993 he has been the church-musician-in-charge of the Austrian Lutheran church. He has extensive concert duties as conductor, organist, cembalist, and ensemble musician. His own concert series, called Musik am 12ten (“Music on the 12th”), offers a monthly platform for music performances of different lineups, ranging from recitals to fully fledged oratories, and from Early Music to premieres of contemporary music. The concert series takes a special interest in neglected or wrongly forgotten music from all eras, reintroducing several compositions reconstructed from 17th or 18th century sources. This extraordinary range of historical depth and his deep understanding of the various keyboard instruments (organ, harpsichord, fortepiano, and grand piano) are the foundation for Matthias Krampe’s interpretations. Consequently, he was able to not only develop the fortepiano music of the 1800s out of the specific harpsichord performance technique but also the construction principles of the early 19th century Lied. These principles are based in the development of the continuo performance practice, which became more autonomous during this era. This is how Matthias Krampe manages to let the music come alive in its original sound.