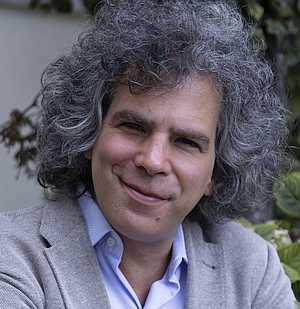 Christoph Berner was born in Vienna, and studied at the University of Music there with Imola Joo, Hans Graf, and Hans Petermandl, graduating with distinction. He then went to the Muisca di Fiesole in Italy where he worked with Maria Tipo for two years. Berner established his position as one of Austria’s finest pianists following his victory at the 1995 Bösendorfer Competition. Other important wins included the second prize at the 1997 Beethoven Competition in Vienna, and the Schumann and Mozart prizes at the 2003 Géza Anda Concours in Zurich. Critics especially value his vast stylistic and musical range. Berner has also engaged in intensive study of historical pianos, leading him to a wide range of new repertoire and unusual programming choices. He has performed as soloist with orchestras such as the Moscow Tchaikovsky Orchestra, the Orchestre National du Capitore de Toulouse, the Dresden Philharmonic, the Bergen Philharmonic, the New Philharmonic of Westfalia, and the Mahler Chamber Orchestra, under conductors such as Neeme Järvi, Michel Plasson, Rafael Frühbeck de Burgos, Andrew Litton, Johannes Wildner, and Vladimir Fedoseyev. Regular chamber music partners include violinists Leila Schayegh and Julia Schröder, cellists Marko Ylönen and Roel Dieltins, clarinetist Laura Ruiz Ferreres, and the Alban Berg Ensemble Wien. Berner has also worked for many years with tenor Werner Güra, and the duo has performed at the Wigmore Hall in London, the Mosikverein in Vienna, in the Cite de la musique in Paris, as well as at festivals including the Schwarzenberg Schubertiade, the Rheingau Music Festival, The Edinburgh Festival, and the Kissinger Sommer Festival. His recordings have also won various prizes such as the BBC Music Awards for Schubert’s Winterreise, and, a few years later, the Diapason d’or. Another regular collaborator is the mezzo-soprano Anke Vondung. Other singers with whom Berner has performed include Marlis Petersen, Bernarda Fink, Genia Kühmeier, Markus Werba, Barkus Eiche, and Florian Boesch. Christoph Berner has been a Professor of Art Song and Chamber Music at the Zurich University of Music since 2014.