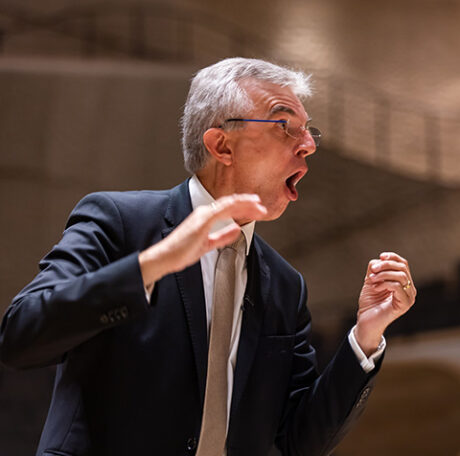 Since 2019, Christian Heiß (born 1967) has been the chief music director at the Regensburg Cathedral, a position which also includes leading the world famous Regensburger Domspatzen, of which Heiß himself was once a member. After graduating from the Domspatzen Gymnasium, he went on to study church music and organ at the Munich Uni- versity of Music where his teachers included Franz Lehrndorfer. He concluded his studies with diplom degrees in church music and organ. In 1999 he was appointed to the position of church organist in Eichstätt. In 2002 he followed in the footsteps of Professor Wolfram Menschick and rose to the position of music director in Eichstätt. In this role, he was responsible for the Eichstätt Cathedral choir, the Schola Gregoriana, and the Jugendkantorei. In addition he was diocese music director for the Eichstätt region and was responsible for the overall state of church music in that diocese.
Christian Heiß is also active as a composer and has written many works that have been published by well-known publishers. On the occasion of the papal visit to Germany in 2011 the Conference of the German Bishops commisioned him to compose a Mass for Pope Benedict XVI based on the biblical verse of Benedict’s Prima Missa.