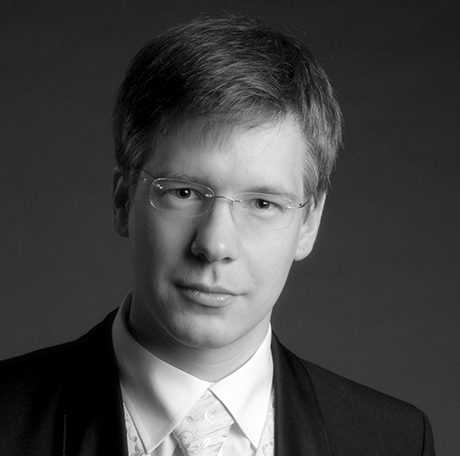 Matthias Maierhofer was born in 1979 in Graz. He studied organ and church music at the Music Universities of Graz, Freiburg, Leipzig, and the Schola Cantorum in Basel. In 2007, Maierhofer was the winner of the Nuremberg Pachelbel Competition, one of the top organ competitions in the world. He was also a prizewinner at the 2008 International Franz Schmidt Organ Competition in Kitzbühel, the 2007 International Bach Competition in Amstadt, the 2006 International Organ Competition in Nijmegen, and the 2003 International M. K. Ciurlionis Organ Competition in Vilnius.
Maierhofer has a busy concert schedule that takes him to the most important festivals of Europe, the United States, Russia, Japan, and South Korea. He appears with ensembles such as the Dresden Kreuzchor, the Thomanerchor in Leipzig, the Dresden Staatskapelle, the Staatskapelle in Halle, and the Pauline Baroque Orchestra. He contributes to CD recordings as well and publications by Edition Helbling. His concerts have been recorded by various radio broadcasters as well as the Ambitus and Ambiente labels.
From 2009 to 2013 Maierhofer taught organ at the Felix Mendelssohn Bartholdy University of Music and Theatre in Leipzig. In 2013 he was appointed professor of organ and church music at the University of Texas in Austin, USA, where he became a Dean’s Fellow in 2015 and was awarded the Ducloux Fellowship in the College of Fine Arts. In 2016, he was appointed professor of organ at the Freiburg University of Music and was named cathedral organist at the Freiburg minster.