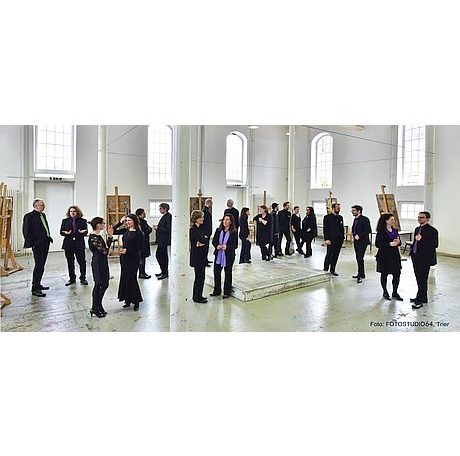 Canta Nova Saar is comprised of 20 – 30 singers who want to realise a high standard of a cappella music. The choir works on a project-oriented basis. The musical priorities are Scandinavian choral literature and tradition as well as contemporary music. After the formation in 2000 by Martin Berger, the choir under the leadership of Bernhard Schmidt (since 2011) very quickly became an established name in the Saarland choral scene, and also made a name for itself far beyond the national borders through concert tours and ambitious projects (exceptional programme ideas, renowned soloists, lighting installations, etc.). For instance, Canta Nova Saar garnered third place in the category “Mixed Chamber Choirs” at the 2018 German Choir Competition in Freiburg. The choir has already been distinguished twice with the Saarland Choir Prize for its innovate concert projects.
www.cantanovasaar.de